In late November 1939, the Soviet Union launched its offensive into Finland. Over 450.000 Soviet soldiers invaded their much smaller neighbour, signalling the start of the Winter War. The Soviet behemoth was way more powerful than the Finnish army, and although the Finns offered unexpectedly fierce resistance, the war ended within four months. Among those brave Finnish soldiers was Lauri Allan Törni, during the initial stages of the conflict a merely 19-year-old soldier. Törni fiercely fought the Soviets, and during the continuation war, he again served his country. Yet within a few years, he joined another army unit: the German Waffen SS. Still, eventually, Lauri died in yet another war. His helicopter was shot down 20 years after the second world war ended, above the jungle in Vietnam. It was a helicopter of the United States Air Force with Captain Lauri, alias Larry Thorne on board. Lauri Törni’s story is an exceptional one of a young man that served in 3 different armies, remembered for his personal courage.

Lauri too did his part. Using guerilla tactics, he engaged the Soviets at current-day Sosnovo and fought under the command of General Harald Öhquist. Yet Finland had no other option but to sign the Moscow peace treaty in March 1940. Due to his exceptional bravery in battle following the war Lauri was promoted to the rank of 2nd Lieutenant. Because the Moscow treaty was only a delay of the next war, something many Finns realised, the soldiers did not pause their training. During the interim peace that lasted from March 1940 to June 41, Finland and Nazi Germany’s ties strengthened and intensified. Finland mainly relied on Germany for military aid and the supply of weaponry. The Finnish military helped with the planning of Operation Barbarossa and allowed German troops on their territory. In turn, the Germans agreed to train Finnish soldiers. Lauri, as a matter of fact, moved to Vienna Austria, where he joined the Waffen SS and trained with them for two months. He reached the rank of Untersturmführer, more or less the equivalent of 2nd Lieutenant. In spring 1941 he returned to Finland and received the command over a special ski-troop, Finnish soldiers on skies that would wage guerilla warfare against the enemy, often times behind enemy lines.

Lauri happened to return at just the right time. In June 1941 Operation Barbarossa was launched by Nazi Germany. In response, the Soviets invaded Finland (again) in order to secure their northern border. This conflict became known as the War of Continuation. As for Lauri’s unit, during this war they did suffer many casualties, but due to Lauri distinguishing himself for his exceptional exploits, the unit unofficially became known as ‘Detachment Törni.’

My videos tend to get arbitrarily demonetized. That is why I decided to open up a Patreon where people can support the channel. If you decide to pledge as little as 1$/month you will gain access to a monthly series exclusive to my Patrons!

►End of Empire - Downfall of the Qing Dynasty playlist: https://www.youtube.com/playlist?list=PLazn7eofVtjLnVJY6NyQX8JlVApf40DLs

The content of this video covers events, people or concepts via a lecture-style presentation that is educational and historical in nature. Every video is original content by House of History. The events relating to conflict in this video are portrayed in their historical context without either value judgment or an ideological message attached to it. There is no intent to shock, upset or disgust. The goal of my channel is to make interesting lecture-style videos, no more, no less.

Thank you for taking the time to check out House of History, I hope you will find the films informative, interesting and enjoyable! 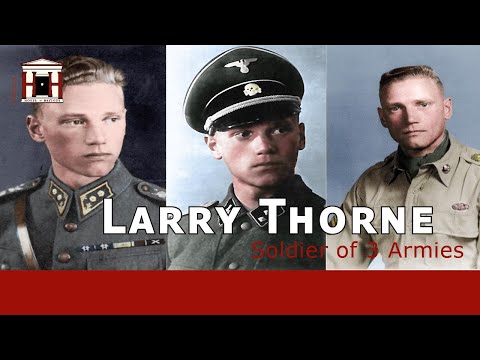